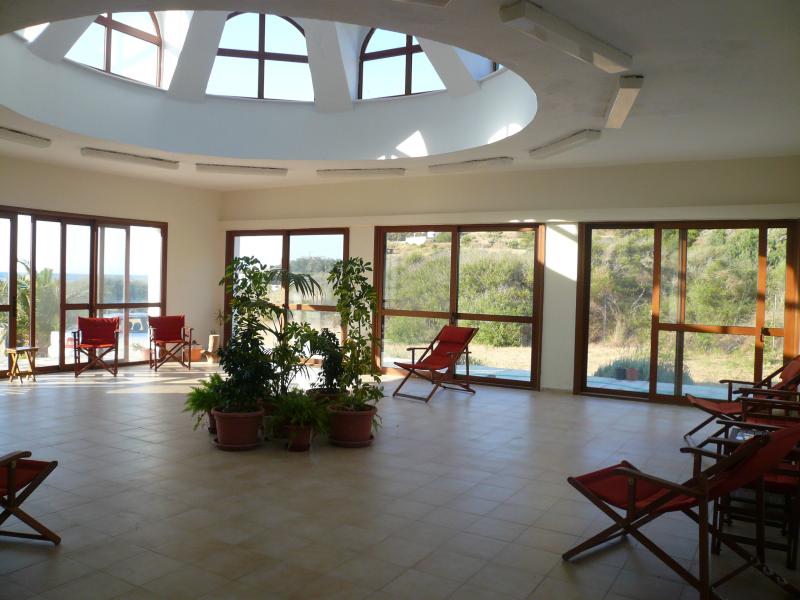 The thermal spring of Agiasmata of Chios is located in the northernmost part of the island, on the beach of the unique in natural beauty and virtually untouched valley of Agiasmata, where, with the help of the thermal water that comes from the depths of the earth, the visitor can take care of his physical and mental health, experiencing the ultimate tranquility, relaxation and wellness.

The same name settlement is the common seaport of several small villages that seem to hang on the slopes of the Agiasmata valley. Splinters from ancient churches embedded as building materials or in other uses in small Christian churches that exist in the area, testify to human presence in Agiasmata already in antiquity.

The name Agiasmata has emerged over the centuries, obviously because the inhabitants considered the thermal water a gift by god, a holy water (Agiasmata in Greek means holy waters), after learning to appreciate its healing properties.

The generosity of nature is diffused in Agiasmata! It endowed the area with unique natural resources, such as:

The natural environment, rich in flora and fauna and virtually untouched, since undesirable "development" has not yet touched the area. It is a mixture of beauty and unpretentious nature which, combined with absolute tranquility, captivates the visitor. It is suitable ground for many activities, such as, hiking in old, historic trails, visiting nearby villages, visiting churches and monasteries and many more attractions (see section "Activities" below and in our website: www.thermae-agiasmata.gr).

The sea, which is ideal for inhalation therapy, especially by intense rippling, however also for bathing in summer, when northern winds (the well-known meltemia) allow it.

The thermal water, the use of which favors humans both in terms of health, by giving relief or healing in a number of diseases, as well as in terms of wellness, with relaxation and revitalization of body and soul.

All of the above make:

Agiasmata an ideal destination to mind your health, and to escape everyday life, in search of  tranquility, relaxation and wellness.

Proper way of use:

Bath therapy at a temperature of 36-37 degrees Celsius.

Diseases of the musculoskeletal system and post-traumatic lesions.

Ministry of Tourism: Certification of the natural resource "Thermal Spring of Agiasmata of Chios" as healing thermal water. 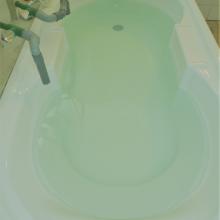 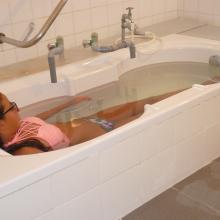 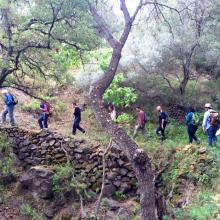 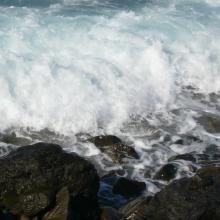 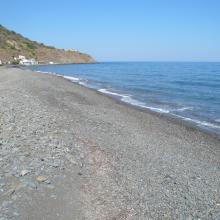 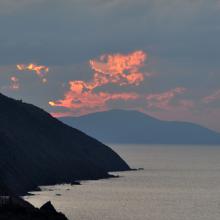 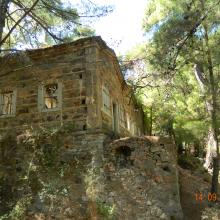 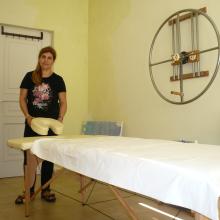 The island of Chios can be reached:

By boat, daily (in summer months), from Piraeus, Mytilene/Lesvos and Cesme (Turkey). A couple of times a week, there are ferries also from Rafina, Kavala and from a number of orher islands (for info, please consult with your travel agent or with local information sources, like shipping agents etc.).

By air, with many flights daily, from Athens and Thessaloniki (Olympic Air, Astra Airlines, Sky Express).

From the city of Chios, by car (approximately 57 km), direction to Volissos and from there to Agiasmata.

From the southern villages of Chios (Olympi, Pyrgi, Mesta, Kalamoti etc.), direction to Lithi, Sidirounda, to Volissos and from there to Agiasmata.

Visitors to Agiasmata have the opportunity, beyond enjoying a treatment with thermal water,  to participate in a range of activities, such as:

Hiking in a network of over 55 km of hiking in old, historical, paths, around the valley of Agiasma, of all degrees of difficulty. This network is planned to be part of a Chios island network, which is in the process of aquiring European certification.

These paths were, until the advent of the car, the only way of communicating of the residents of the area between their villages (Halandra, Aphrodisia, Keramos, Leptopoda, Egrigoros and Courunia), and with the common seaport of the valley, Agiasmata, through the centuries.

Bathing in the sea in summer, as long as summer northern winds (the so called "meltemia") allow it.

Seawater inhalation therapy on the Agiasmata sea front, where the wavy sea, in summer due to "meltemia" and in winter due to northern winds, creates huge clouds with suspended droplets of seawater. According to doctors, the inhalation of those droplets benefits the upper respiratory organs and shields them against many of the diseases they suffer in winter months.

Visits to sights, such as monasteries and chapels, the many traditional villages around the valley (Leptopoda, Keramos, Halandra, Aphrodisia, Egrigoros and Courunia), the "Ariousios" winery, the former antimony mines and more.

In Leptopoda, in the self-managed café, in Embolos (the village center), you can prepare by yourself and enjoy a traditional Greek cup of coffee. Of interest is also the folklore museum of the village. At Halandra, two huge plane-trees offer nice coolness in summer.  The view to the sea from the "Ariousios" winery, in Egrogoros, is breath taking. The Ariousios wines are based on a local grape variety, known from the antiquity. In Courunia, the visitor can enjoy the amazing view to the sea, and taste also the local appetizers. Also interesting is the folklore museum of the village. In the antimony mines, one can see the ruins of the mines administration buildings. The mines were founded by the French company SERPIERI, which was succeded later by Bodossakis, a greek mining company, until they closed. There are many galleries that are unfortunately, not accessible, currently,  due to security reasons.

Finally, festivals and other events in the nearby villages are good opportunities for entertainment, with local food and drinks, such as the "souma". At Leptopoda, a special event, the celebration of the souma, is organized at the end of August, every year.